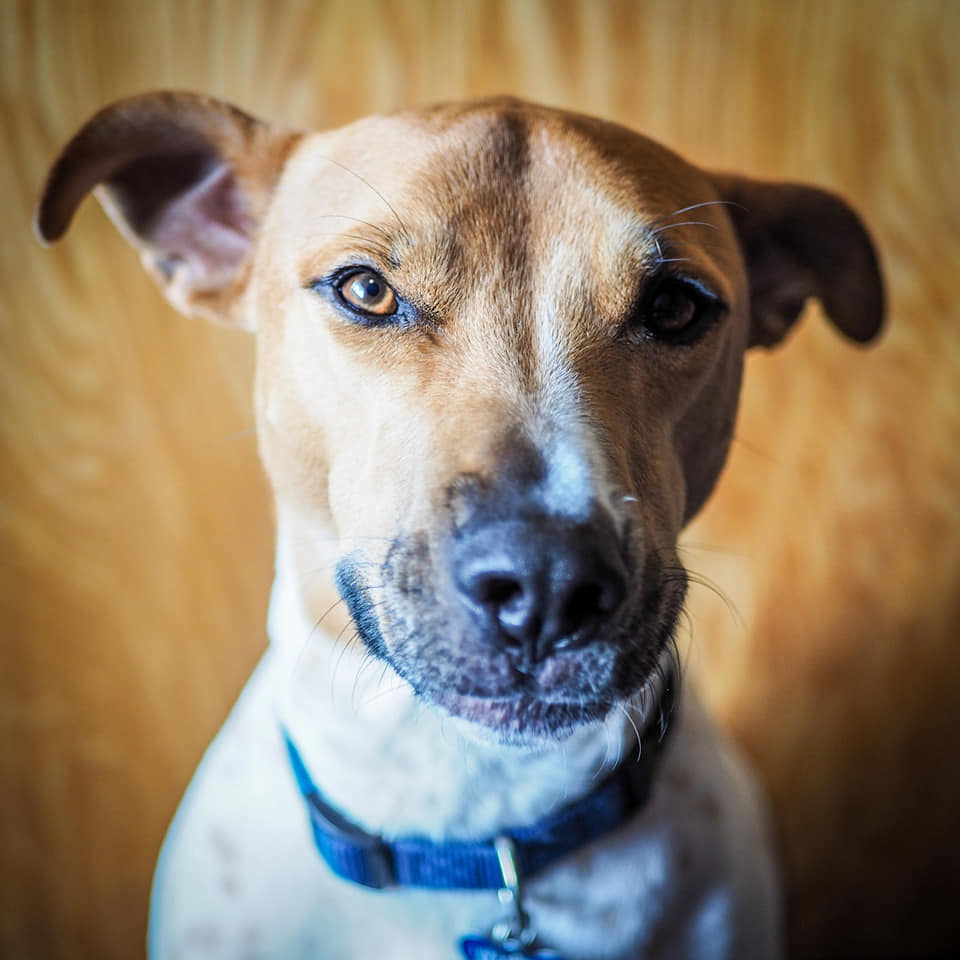 This sweet Texas transplant is a cuddler extraordinaire who likes to be where his people are. While Amarillo has lived alongside other dogs and cats and done well, he can be particular about his space and needs to be the only animal in his adoptive home. He enjoys his crate, has learned the dog door to go out, knows basics like “sit” and pausing for meals, and walks well on lead after taking a moment to get used to all the sounds and distractions. At 2-ish years old Amarillo still has some puppy-like tendencies and can be a bit wary of lots of noise and strangers, so a calmer home without shared walls would be best. He’s the quintessential best friend / sidekick who’s excited to romp around the yard and nap in the dirt all day before curling up next to his person for the night.