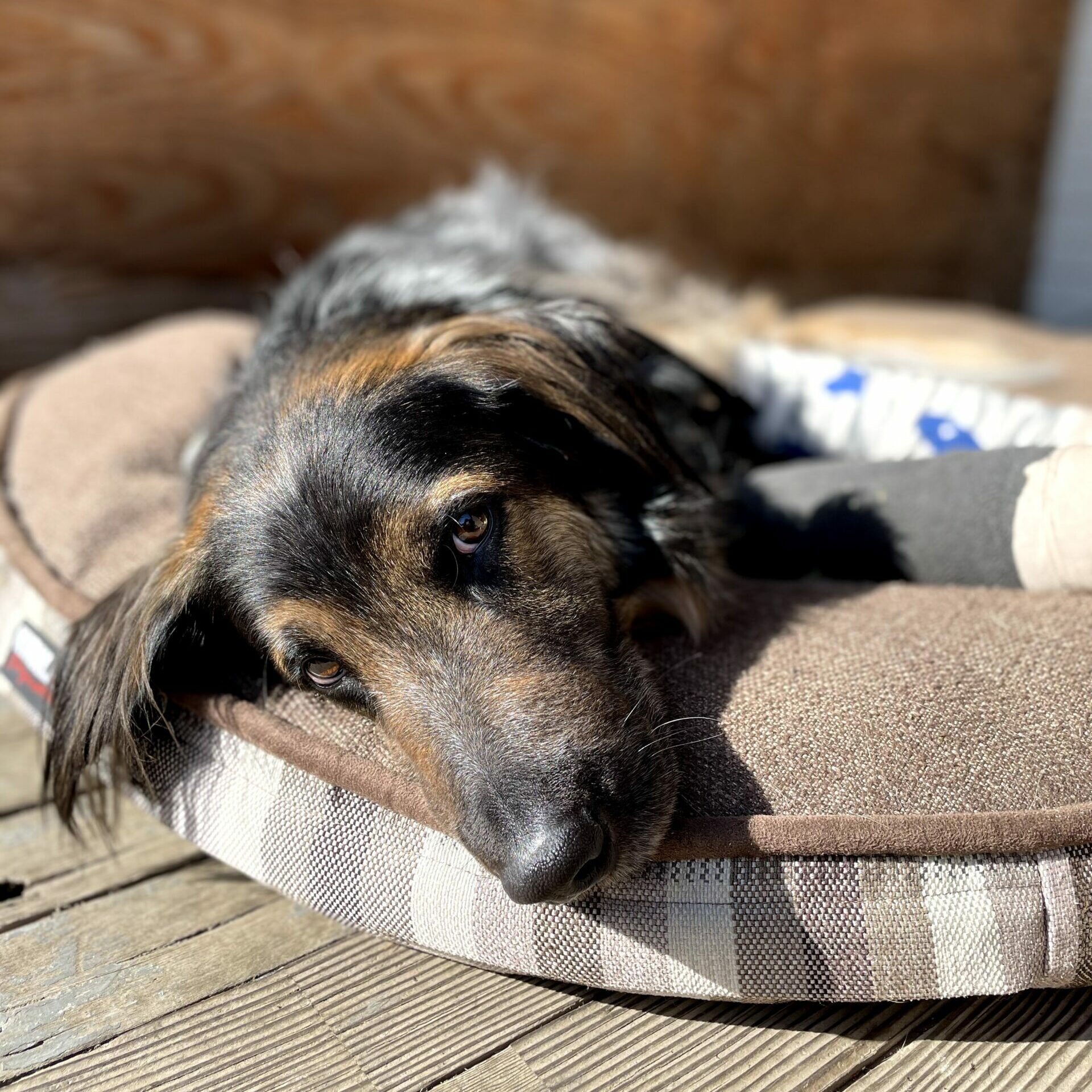 Won’t You Be Mine?

Blue Valentine came into our care back in February from a county shelter where he had quickly became a staff favorite. He was brought in with old injuries to his front arms and wrists, needing treatment that they weren’t equipped to treat. He landed on the euthanasia list due to his condition, and we just couldn’t let that happen. So we scooped him up and settled him into a foster home where began receiving plenty of love and the medical attention he needed to get him back on his feet. Literally.

Blue is a total sweetheart who has remained “true blue” throughout nearly 6 months of surgeries and recuperation; he steals the hearts of everyone he meets. He does well with other dogs and cats and would likely prefer an adoptive home with another chill dog around that won’t be bothered by his current low mobility. Though on the up-and-up, Blue could have lifelong mobility restrictions due to his injuries — the extent of which is not fully known just yet. Overall he’s a relaxed boy who loves cuddling with his favorite humans or soaking up the afternoon sun, is house-trained, and will sleep in his crate (but prefers his human’s lap or the couch).  He is understandably a bit of a “velcro dog” and has been working on separation anxiety in his foster home and making tons of progress. In return for love and patience while he continues his recovery journey, Blue will reward you with an infinite supply of love, adoration, and cuddles.