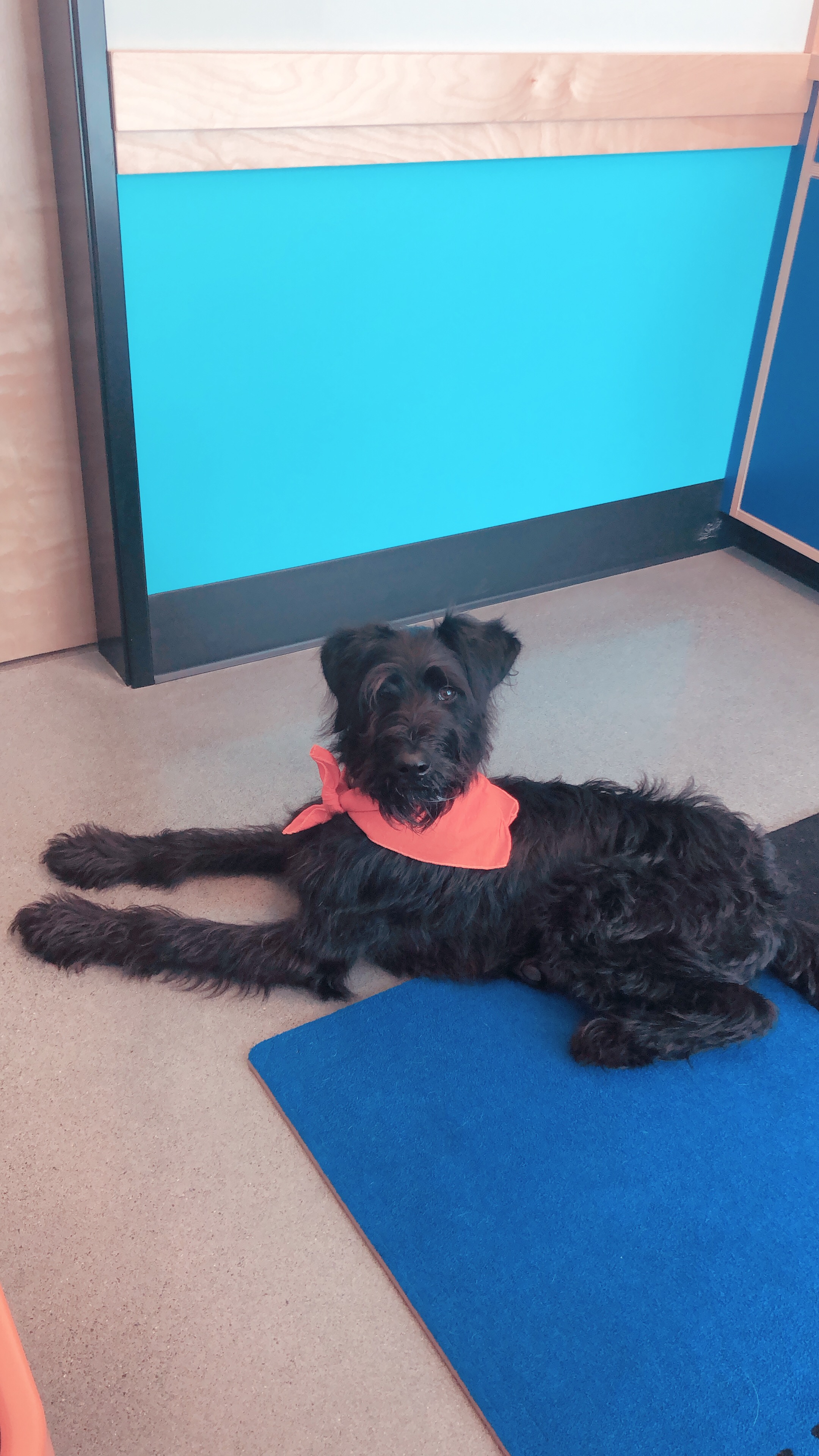 Auditioning for the Muppets

Believe it or not, this sweet boy was found by a Good Samaritan (his namesake, Cindy) tied to a tree with a bungee cord and his crate 30 feet away deep in the woods near Skyline Road. The only reason Cindy found him was because he was barking and sounded distressed. After trying to reunite Cinder with anyone who might be looking for him, it became clear he was there on purpose so we agreed to find him the best home possible and ensure he’s never without more options and resources again.

A sweet, exuberant puppy who will benefit from formal training and socialization, Cinder loves other dogs, people, his crate (but not being left alone) and is good on leash but may not be suitable for feline friends. Anyone wanting a big, goofy sidekick and constant companion — look no further than Cinder.