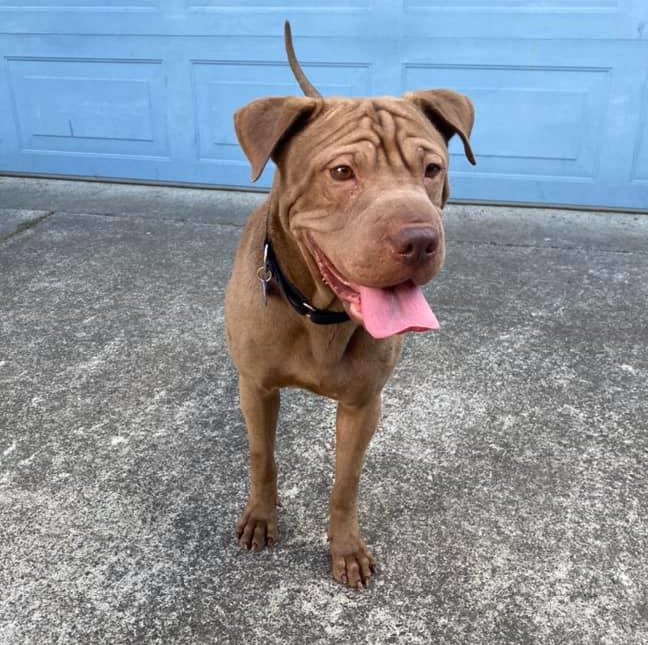 Wrestling With My Heart.

Straight outta Texas, Greco-Roman is a mix of independent and affectionate. Curious by nature, he likes to strike out and explore by smelling everything and then returning to his human to deliver kisses and relax a bit before he ventures off again. This sweet goofy boy loves staring out the window at the world passing by, chewing on bones, and tossing around his stuffy to entertain himself while his fosters work on their computers. So far he appears house trained and walks great on lead, though he’s still learning the ropes of not jumping up to investigate counters and is conquering his fear of the basement stairs. Greco-Roman will thrive in a home with humans of all sizes and gets along well with medium to large sized dogs; no info on cats though he’s shown interest in chasing squirrels and small animals.