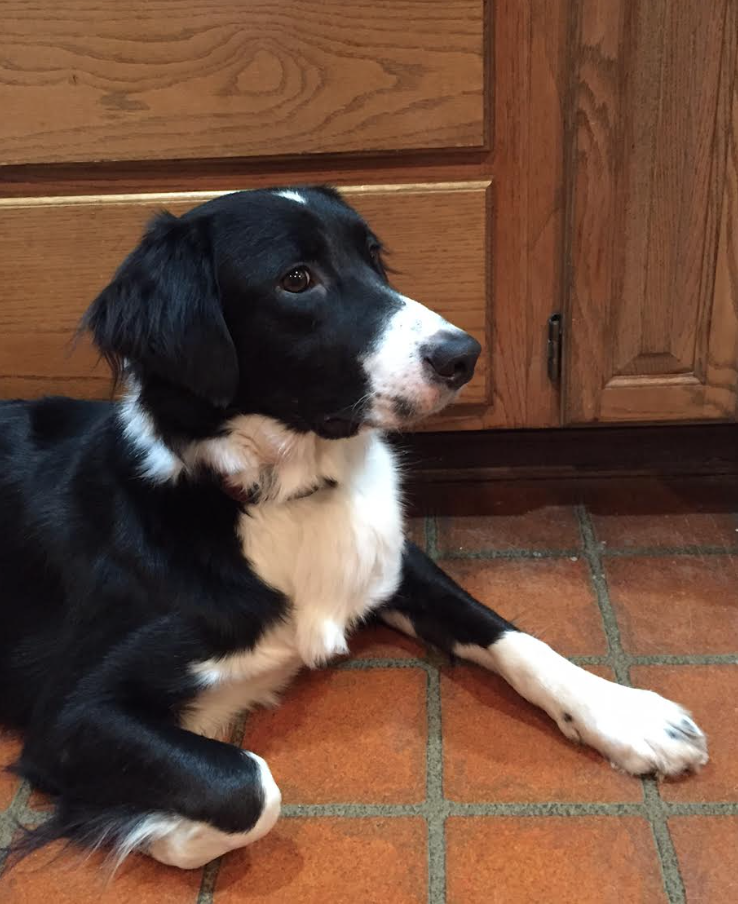 Greg/Baci came to us over Summer 2016 a 10-12 month old. His name with us was Greg and he lived in a foster home with several other dogs before being adopted by a wonderful family with  no other pets and two small kids. They renamed him Baci.

Baci was then returned to us about 6 months later due to his increasing anxiety that was made worse by the fast, unpredictable movements of children. We decided to find Baci a new home with adults, no cats, and either no dogs or a mellow, confident dog that Baci can take after. He gets along well with dogs but really, really loves attention from his people, and may thrive as the only dog.

Baci is on anti-anxiety medication to help him manage and is doing great. He otherwise loves to run and play, but settles down nicely and adores cuddling with his people. Up for any adventure, Baci will make someone a wonderful companion so long as they are patient and understanding that he’s still learning to not be so nervous in the world around him.