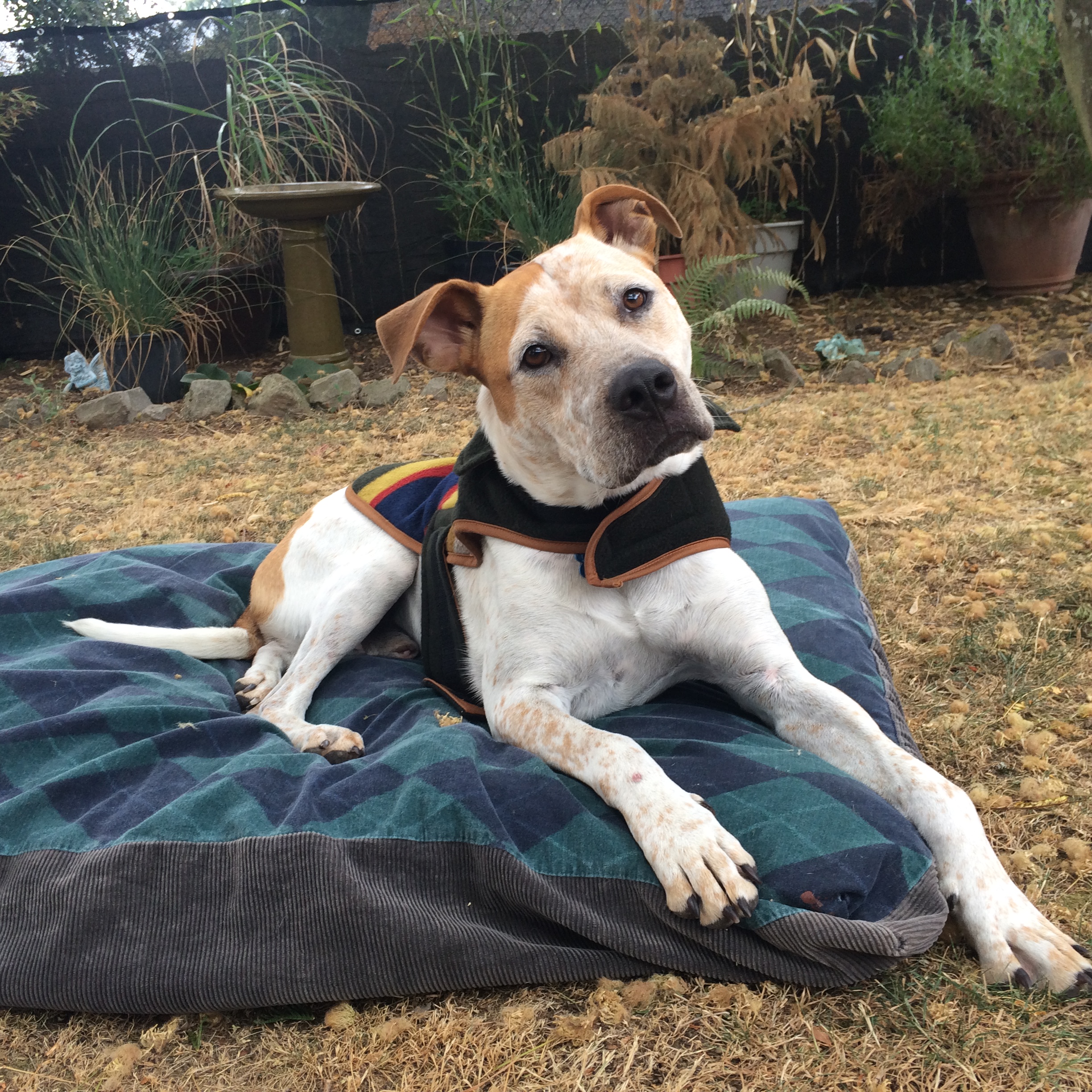 Meet Grizzly, one special dude who has made it through more in his 3-plus-year life than any dog should ever experience. He came to us from Texas, where he has been in and out of the shelter system for over eight months. He was found chained and abandoned in a desolate part of Texas, only to be adopted by people who left him in a kennel up to 22 hours a day and then returned him to the shelter. This is only a bit of what he’s experienced, yet his love for humans is unparalleled. He wants to be near you, he wants to hang out with you, he wants to cuddle and kiss you. Griz is a mellow guy but loves his walks and tolerates his crate, which is pretty amazing considering the trauma he has suffered in a crate previously. He definitely prefers to be sleeping with you, near you or on you. Griz thinks other dogs are cool and would probably do well with a sibling, but seems to have a prey drive with squirrels, flies and bees so we are recommending no cats. He doesn’t play a lot, but when he does he can be a bit mouthy so older kids are recommended, as well as good positive training techniques. Grizzly is more than ready to find that special person or persons who makes it their mission to provide him with the love, stability and forever home he has so desperately wanted through his first few years. He will give back such a love you will wonder how you ever lived without it.