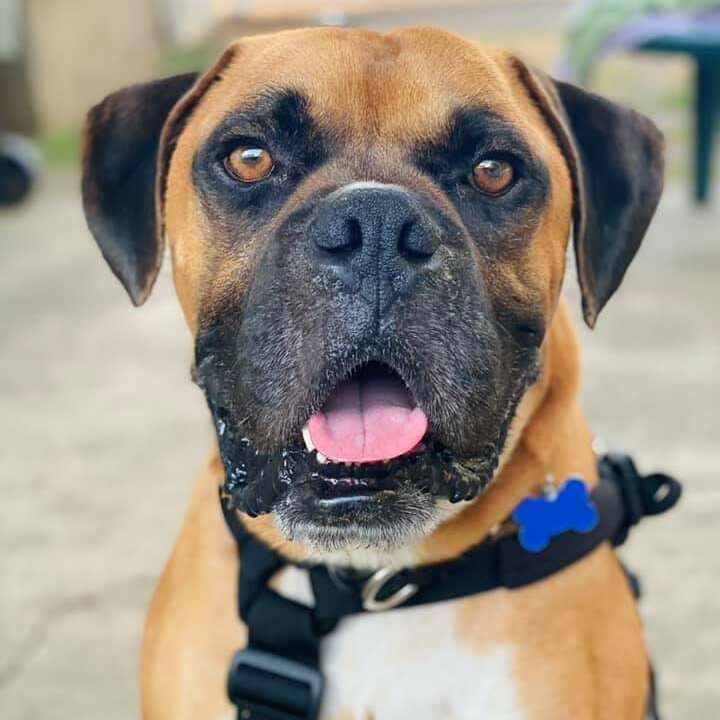 Hotrod is the sweetest dog you’ll ever meet. Seriously. He loves everyone — humans, dogs, cats; even his wheel chair. It gives him the need for speed and there’s nothing he loves more than rolling around, not letting his limited mobility hinder his zest for life and desire to play.

Surrendered to a shelter in Texas to be euthanized after living his life on a chain, Hotrod came to us without a diagnosis. Since arriving on 6/16, Hotrod was seen at NWVS for an MRI and multiple biopsies of his spine and diagnosed with coccidioidomycosis, also known as Valley Fever, a fungal disease caused by a soil fungus primarily found in the SW US. We aren’t sure exactly how long Hotrod has been like this but our guess is quite awhile, as the disease has run rampant on his system. He has a large mass of inflammation compressing his vertebrae, causing paralysis.

We started Hotrod on anti-fungal medications, prednisone, pain medication, and a liver supplement, and will need to be on anti-fungal treatment for his entire life. We are cautiously optimistic about him regaining most of his mobility, and he’s already surprising us.

What we know for sure is that Hotrod would love a home with room to roll and folks who are around a lot so that he can. He loves being with people and would make an excellent door greeter at Costco. His adopters should also be prepared for him to be on medication for life. Meet him and see how that’s more than worth it for the light he brings.