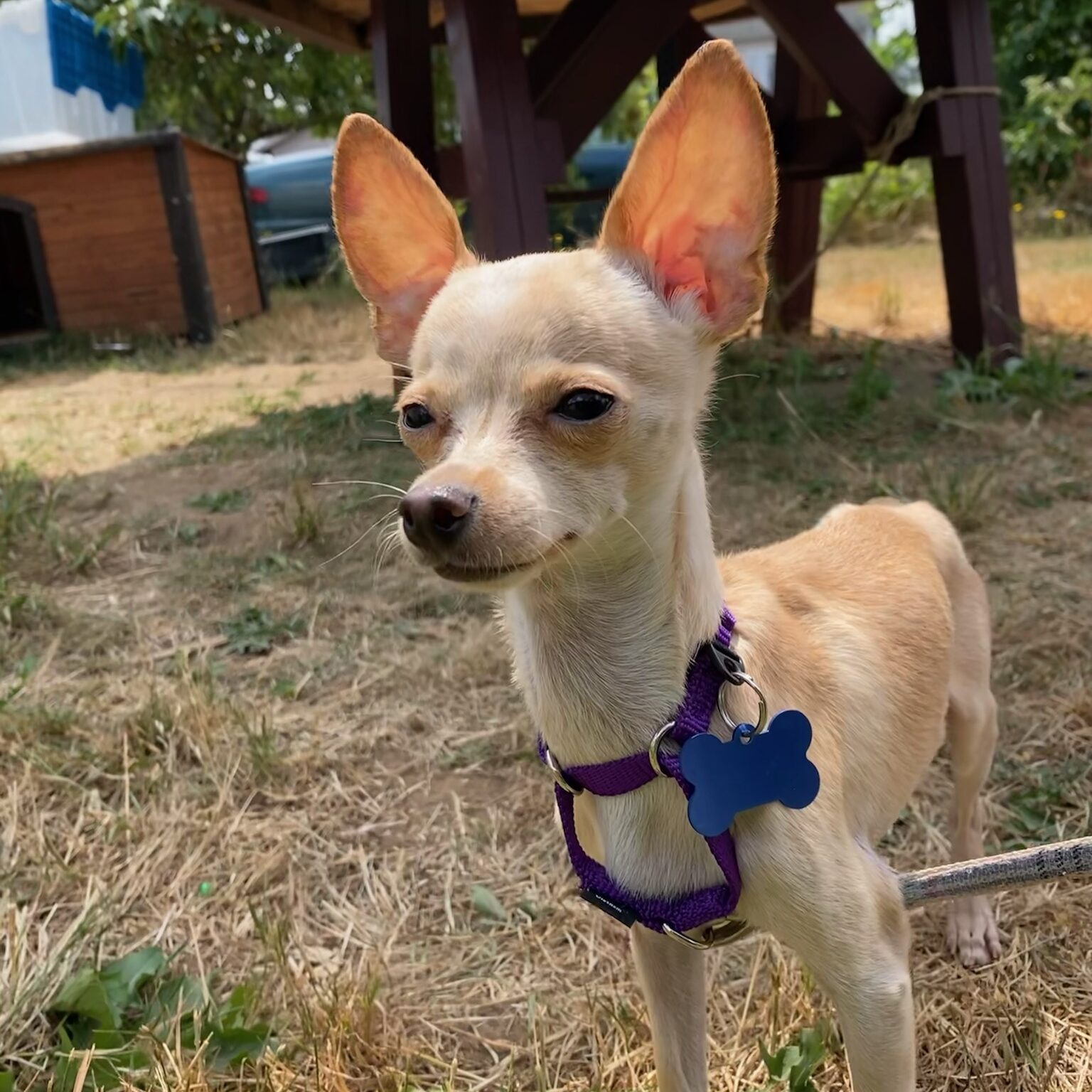 You Dropped Your Crown, King.

King Cone is settling nicely into his foster home, enjoying the company of the other small resident dogs and wishing the cat would like to play more. He’s a social little guy who loves any-and-everyone he meets. So far he loves to nibble on his person’s neck to show affection, jumps for joy when he sees you, and curls up in a ball wherever he can find a cozy spot. His favorite activities include basking in the sun, wrestling, and being involved in nearly everything that’s going on regardless of how monotonous. King Cone walks well on lead and is improving with both house and crate training, learning that his crate is a nice space to settle with a good chew. Considering his small size and habit of being a bit underfoot, he would do best in an adoptive home where he won’t literally get lost in the shuffle.