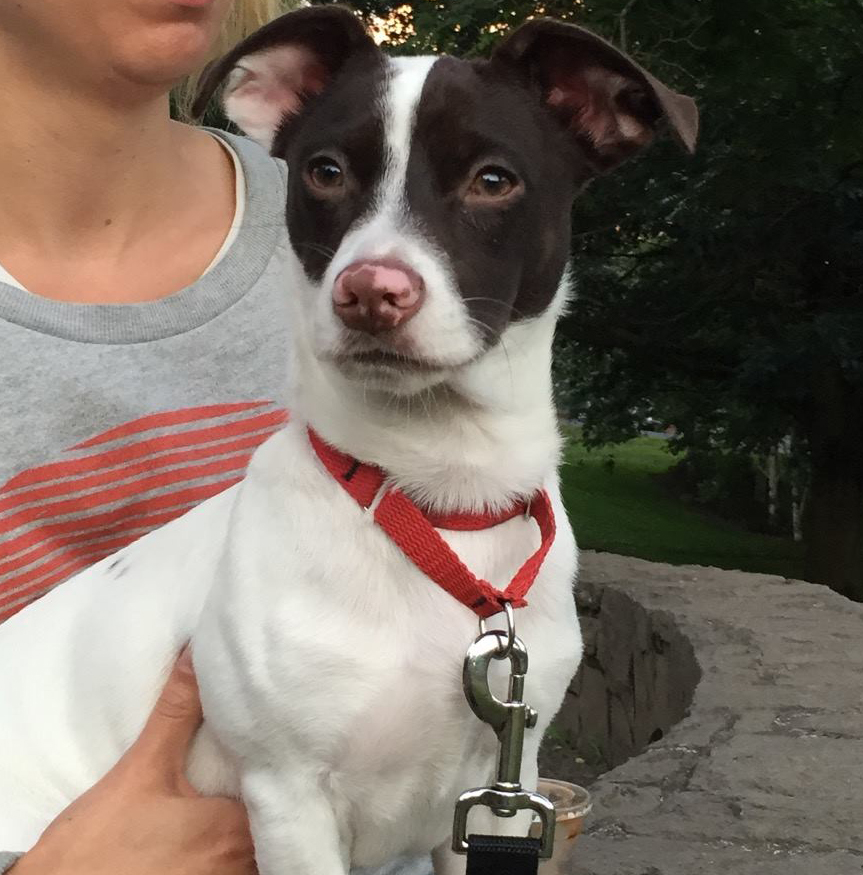 He loves everything that has to do with attention – being carried, kissed, and hugged. When he gets excited he will run around and then try to jump in your arms, which usually ends up in a puppy body slam. But he’s not your average lap dog. This guy has a spirited, independent streak – the perfect combo of active and mellow. Not hyper. Not lethargic.

Incredibly patient for a puppy, and will sit or lay down during quiet time. Although since he is a puppy, he can also get into trouble, so he needs someone who has the time to watch him and let him explore. He doesn’t complain about being crated, and gets a little nervous around other dogs and may bark at them, but after some time will warm up if he gets his space. He’s interested in cats but after a couple hisses and swats pretty much just eyeballs them and remains respectful. He’s a tiny adventurer!

Skeptical of most men when he meets them, and sometimes thinks he is going to be hit instead of pet, but never snaps or bites. Just a bit of growling. He loves loves loves sleeping in bed with his humans, and will stay there all night. He is a bit protective, especially of women, and growls or briefly barks at loud noises or ‘intruders.’ For someone who wants both a lap dog and a jogging partner this guy is it!

True to his romance novel name, everyone who meets Fabio falls in love.