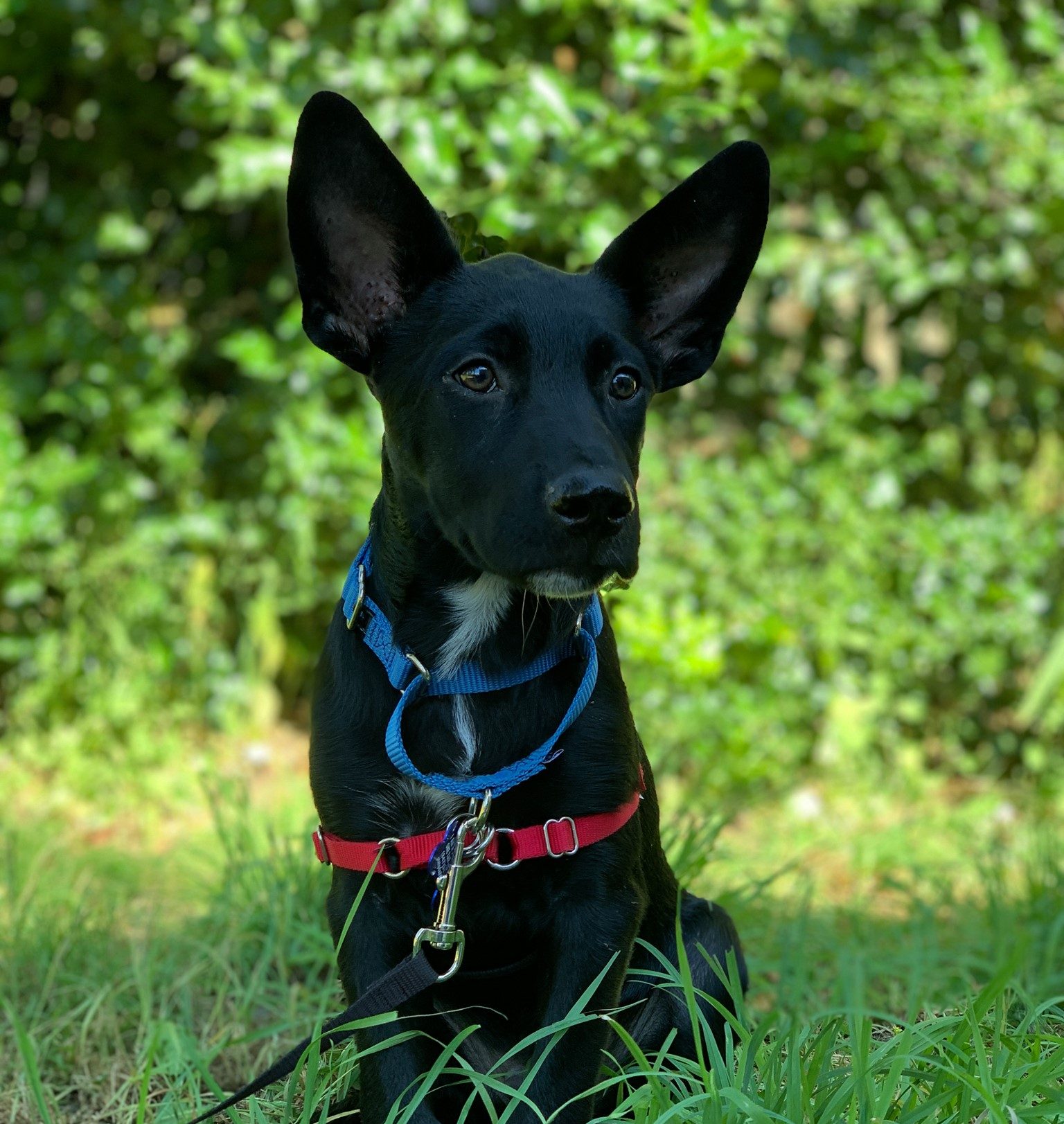 If there’s one thing Match would like his fans to know it’s that he *LOVES* dogs. A sweet and playful pup, Match likes to navigate the yard alongside his foster brother, nap with his bounty of toys under the couch, and throw the ball to himself when everyone is busy working from home. Match and his litter-mates were unwanted, spending their early days outside with limited interaction, so he is shy with new people and appreciates some time to get to know you. Once you’re in, the couch snuggles are plentiful. He is hoping to strike up a future with tasty treats, patient humans, and plenty of dog friends.