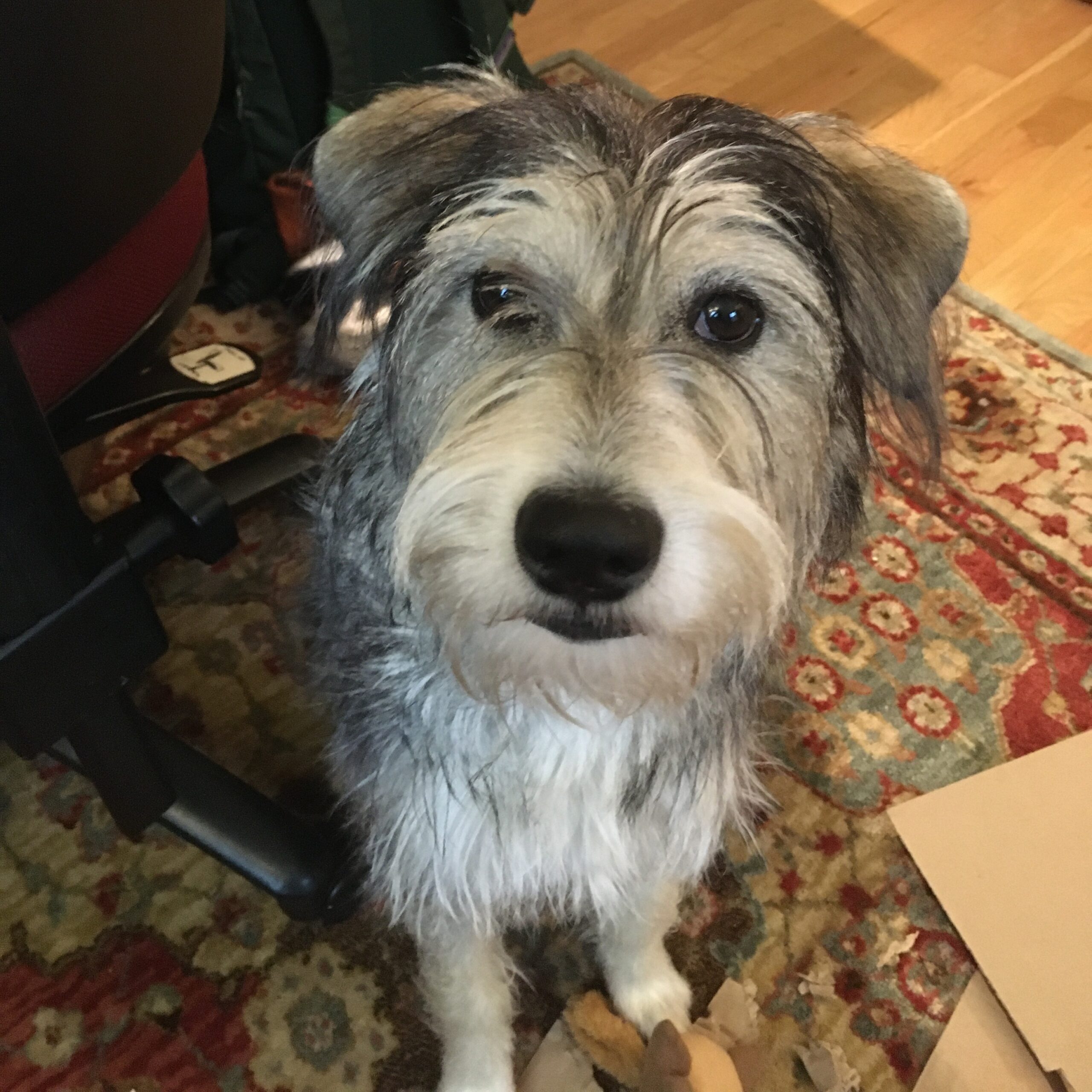 Dogs: has not lived with dogs in past, but has had dog buddies.

Cats: living with cats in foster – will chase if they run, but also has been seen snuggling them. dog-savvy cats likely fine.

In a Nutshell: Mills is a sweet pup who loves to be near her people. She is very food motivated and gentle when taking treats. She does great in her crate – will hang out in there sometimes on her own and also spends the night quietly. She is good on walks, will pull a tiny bit and get excited when she sees a squirrel or crow, but is also easily redirected. She is interested in other dogs and people and will jump up when excited (which she is working on!). She loves to play outside and would appreciate a fenced yard where she can run free – she especially enjoys fetch. Mills has played with many other dogs off-leash and mostly done well, but she has also had occasional moments of resource guarding of toys, sticks, etc. – she may prefer to be the ‘only child’ at home, but it’s hard to say for sure as she has not lived with other dogs yet. While she does want to be in the same room as her people, she’s not necessarily a lap dog and is usually content to lay on the floor nearby with the occasional cuddle sesh. She will be available for adoption beginning with the Worth the Wait List prior to general adoption applications.