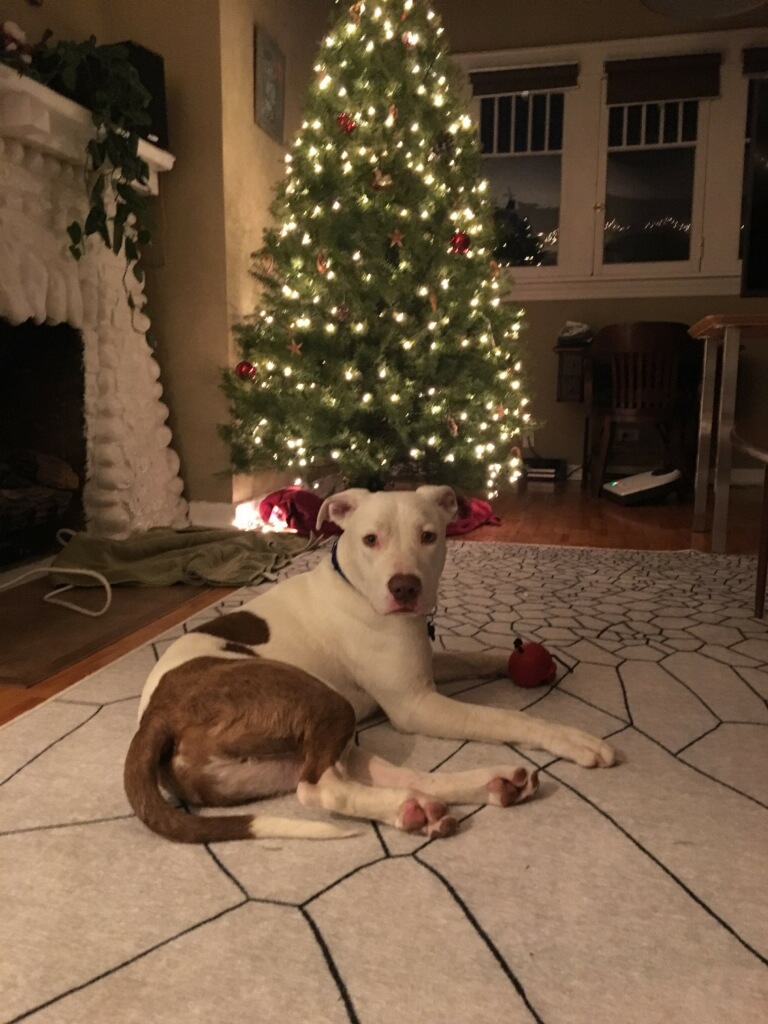 Pig Pen might be the first name we’ve ever gotten totally wrong. Coming in with the rest of the Peanuts gang — his seven buddies from Texas — Pig Pen is proving a very good, clean boy who is house trained, good in his crate, and catching on quickly to all the rest. Smart,  loyal, and good with other dogs but a tad shy meeting new people, Pig Pen is an exceptional young pup who, like anyone his age, will benefit from continued training and an outlet for his socialization but is otherwise a sweet, cuddly buddy who bathes regularly.