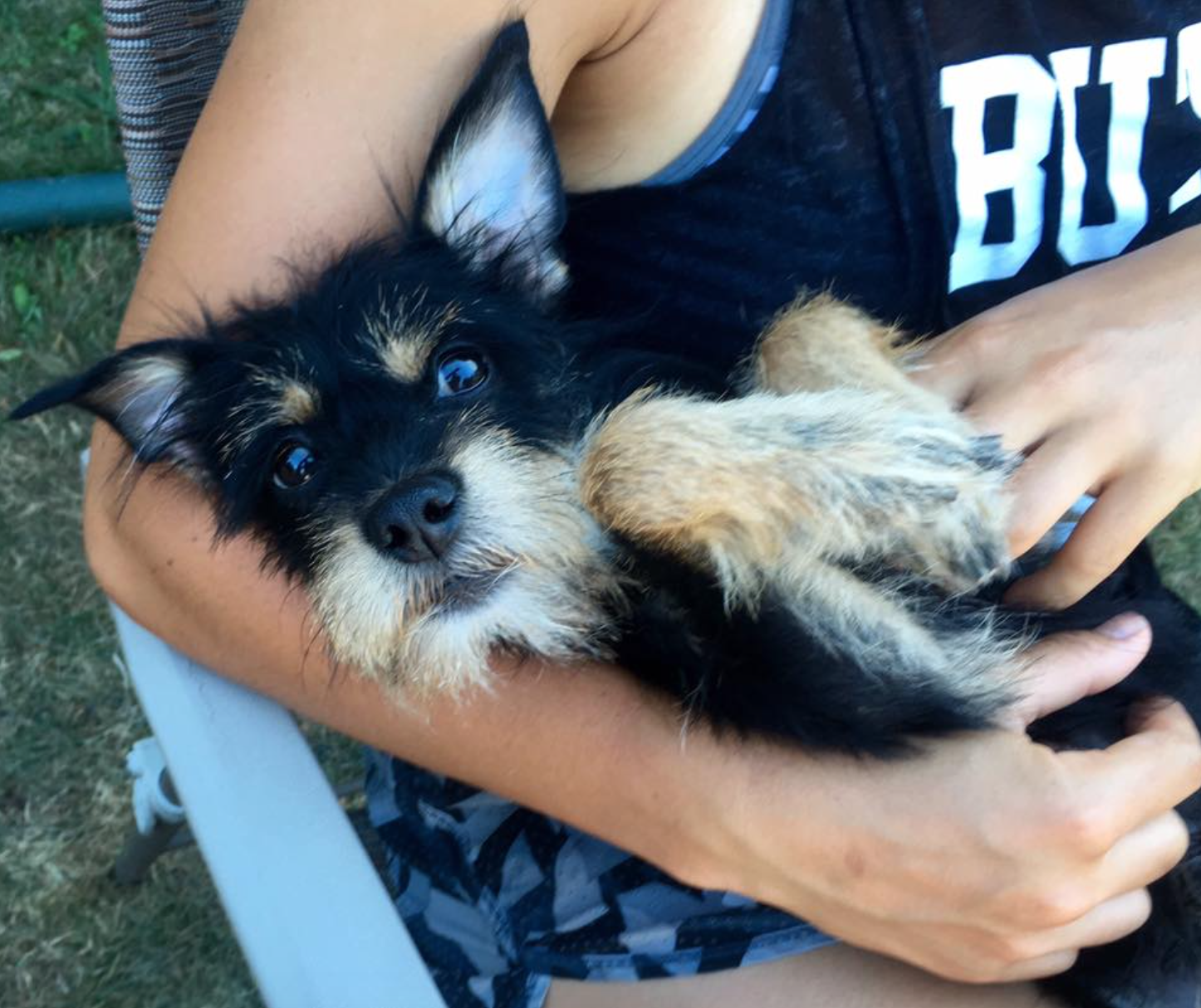 Ronny is an adorable little guy who is awesome with other dogs and would probably do well with cats. He’s new to us and still settling in but so far is proving himself a total sweetheart who just needs help with general puppy things such as potty and crate training. Ronny doesn’t love being crated and left alone just yet, so he’d do best with someone committed to helping with his separation anxiety and who doesn’t live in an apartment with neighbors that would complain of his whining at first, but is otherwise a pup that would do well in almost any home!