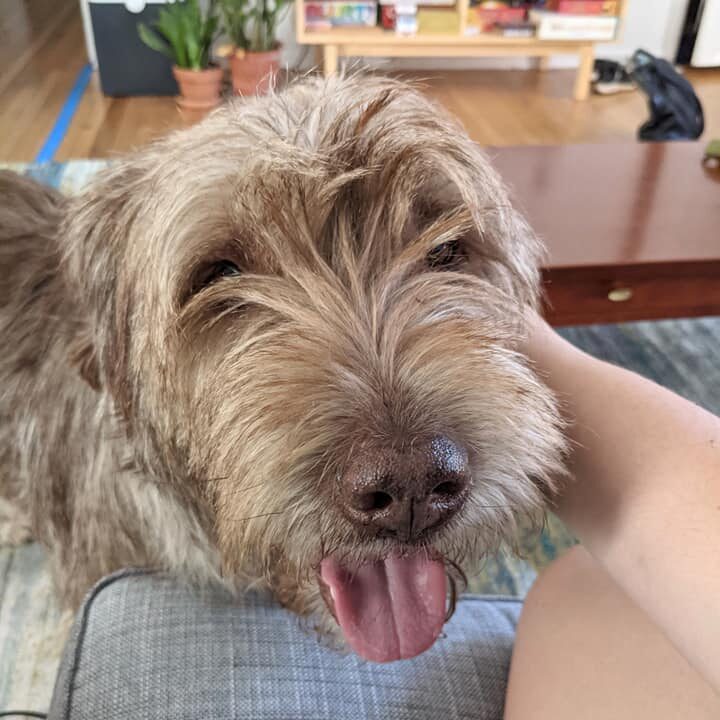 Not a Sham, Just a Wowwww.

Recently flown in from Texas, ShamWow is an easy-going guy who loves snuggles and snoozing in the grass. He appears housetrained, does well with other dogs, and walks nicely on lead, generally seeming indifferent to other animals and preferring to focus on whatever the humans are doing. While ShamWow bonds quickly to his person, he’s still working on building his confidence when meeting new people and going to new places. He will thrive in an adult only, low-energy home with lots of places to have a comfy nap, a yard to play and sunbathe in, and doting humans willing to keep his scruffy self brushed and adored regularly.