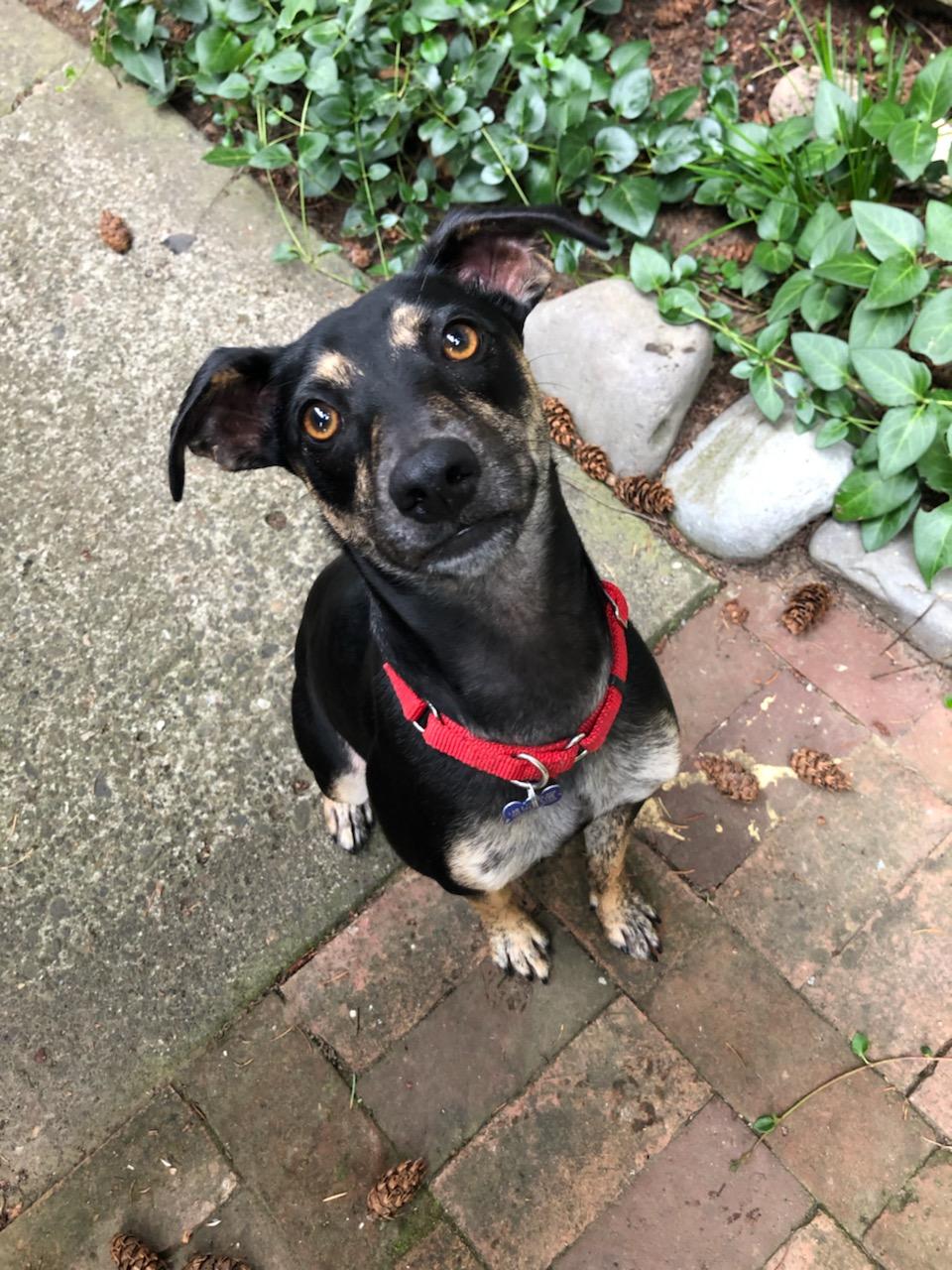 Poor Shrimp was just sitting in a high volume shelter with a broken pelvis when we happened to ask details about him. When we learned he had a bad fracture that was being untreated (and not even medicated for pain) we knew we had to get him out of there as quickly as we could. Now that we’ve had a chance to get to know him, we’ve  learned that he’s actually just a young and active little dude! Shrimp is friendly with people, loves other dogs, and is respectful of dog-savvy cats (but not squirrels). He enjoys going for walks and sticking nearby his person – asking for pets, face rubs, and snuggles often. Wiggly and playful despite his injury (to the extent that you can’t even tell!), Shrimp will likely make an easy addition to nearly any home – perhaps doing best with another dog buddy to play with and space to zoom around.