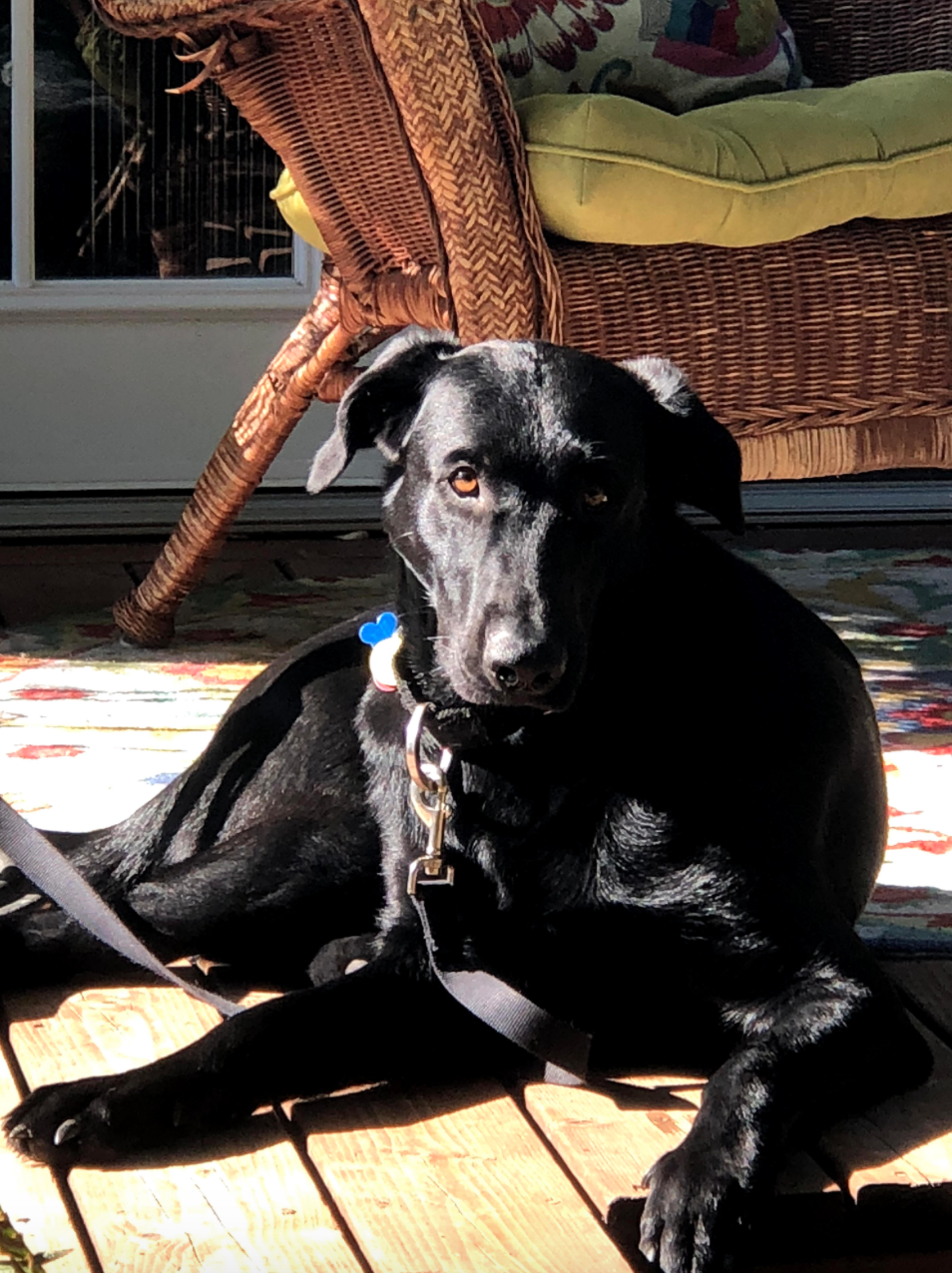 Snowflake
2 years old, 80-85 lbs. (gentle giant but strong and much bigger than he looks in photos)
Male Labrador Retriever
Someone special

Meet Snowflake! This young, handsome guy is all about life, family, adventure, and is up for just about anything. He is an awesome balance of social, goofy, curious and active, but won’t turn down the opportunity to just hang out, relax and take a nice long nap. Snowflake recently completed a nearly 3 month convalescence after an unfortunate accident when he first arrived in which he fractured his tibia. (You can read his full story on Facebook @ www.facebook.com/otatpdx). Now he is doing well enough that his doctors released him to work toward full activity, which he has fully embraced. Enjoying an active life with no hesitation, we’ve been able to witness the emergence of a loving, special, well-balanced personality.

Likes: You! Being close to humans, snuggling, kisses, belly-rubs, offering a gentle paw, and meeting new people are all his favorites. Snowflake also loves car rides, kids, other dog, cats who will tolerate him, treats and peanut butter. He walks well on leash and loves just hanging in the yard. SF is also a big fan of the TV show “Dogs with Jobs.” We’re not kidding.

Dislikes: Flies, bees, and yelling. Being left home alone is also hard on Snowflake so he’d love someone who works from home or can take him with them. He’d make a great shop dog or candidate for doggy daycare. Snowflake also loves canine buddies and would do best in a home with another furry friend to show him the ropes and keep him company when humans aren’t around.

This guy will make an amazing addition to nearly any lucky family.