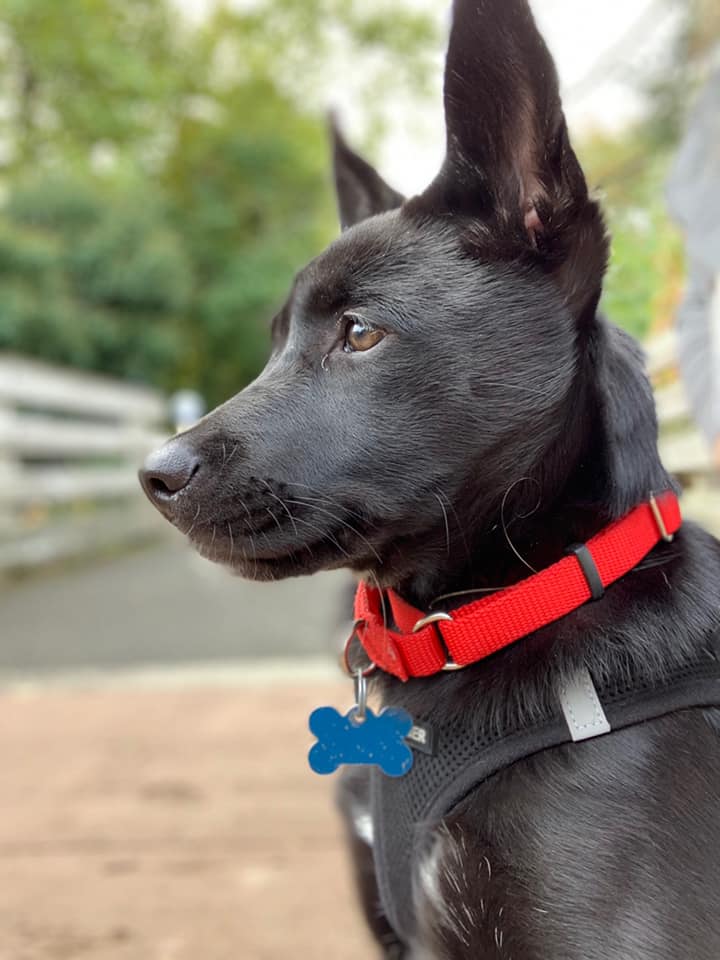 Thing is anything but terrible — sweet, snuggly, and loves everyone she meets, this puppy is also smart as a whip and already nearly house trained. With an awesome energy level that so far is not at all destructive, Thing is curious and if left to her own devices will have normal puppy mischief so she should be adopted by someone willing and able to devote all the time and effort into her continued positive training and socialization. She will make an awesome addition to nearly any home ready for a baby Thing.