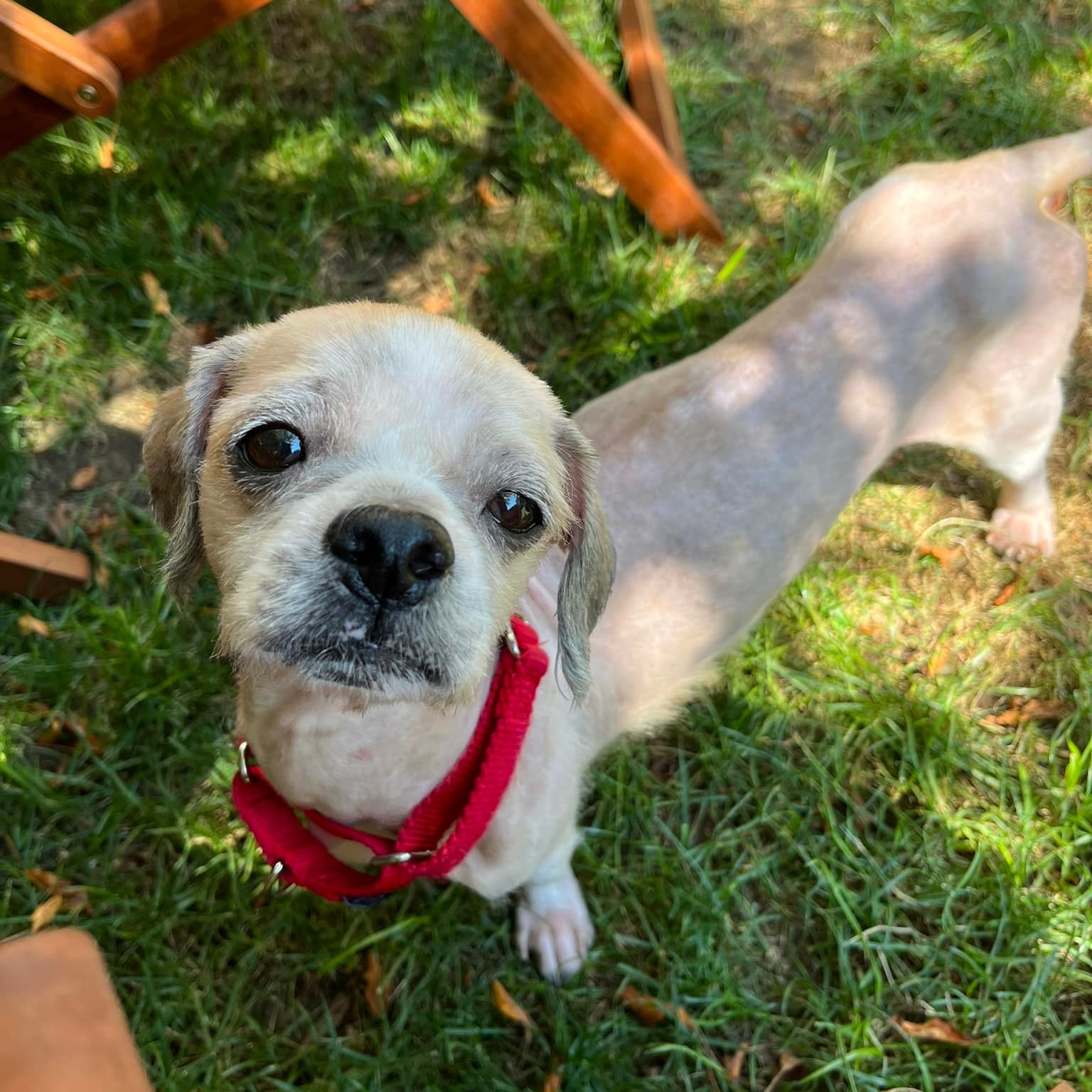 Dogs: Living in foster with another dog

Kids: Living in foster with kids

Twinkie is a sweet and snuggly older gentleman. He co-exists with the resident dog just fine, but isn’t necessarily eager to play. Would likely do fine with another dog at home or without! He meets people easily. He isn’t playing with toys yet, but loves to chew on a good bone. While he regularly seeks pets, he is also sensitive to touch at times and will let you know that he doesn’t like being picked up. The chaos & noise of the kids in his home doesn’t seem to bother him at all, but due to this touch sensitivity, he may do best in a home with older/dog-savvy kids who can respect his boundaries. Twinkie rides well in the car, goes to sleep at night easily, doesn’t get into anything he shouldn’t, and loves nothing more than a good long nap during the day. He would love an adopter who is home often.