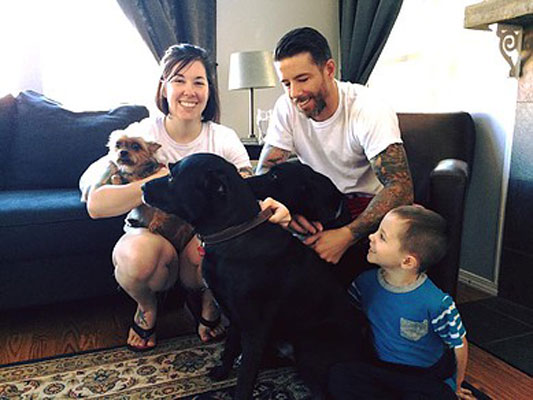 See that black blob in the middle there? Doing exactly what his brothers are? That’s a new forever dog.

Super duper excited that the first of the Nevada 4 has been officially adopted. Wrangler joins two canine and one human brother (who named him) to this family of four boys. Those brave souls in white are his superhero parents who even sponsored his trip here.