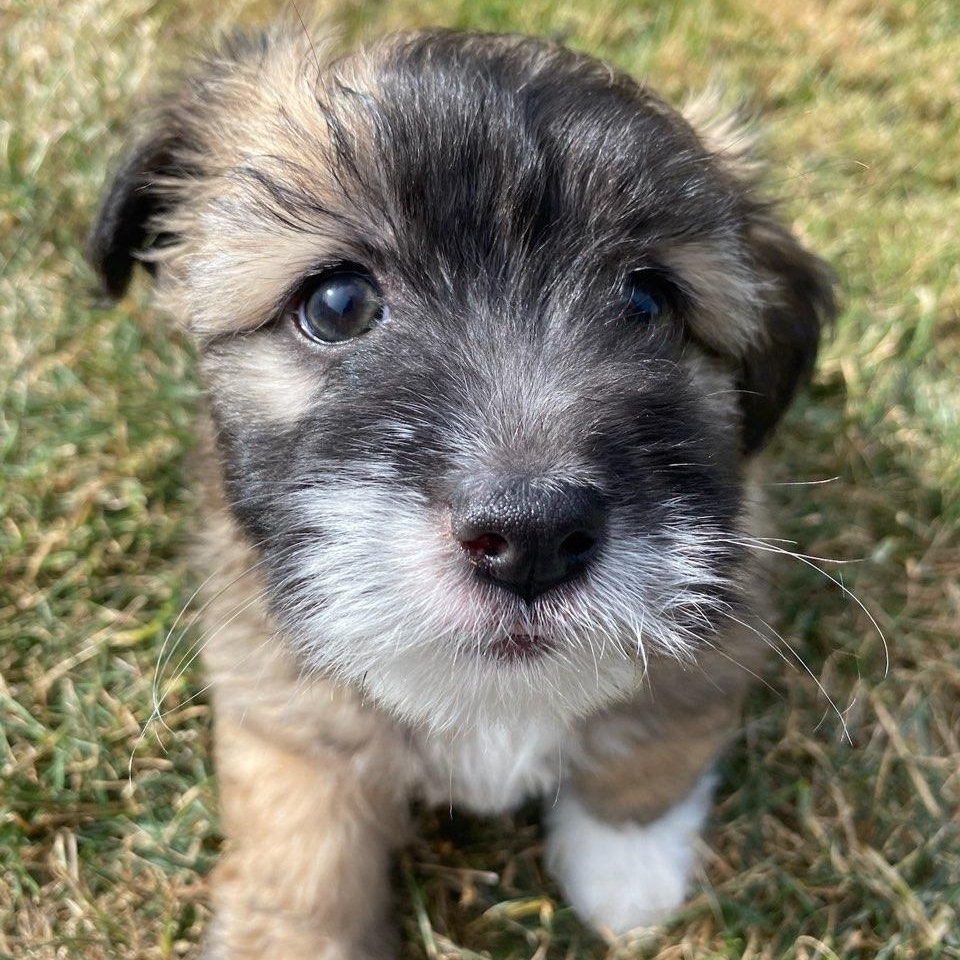 On June 17, 2022 we welcomed a small poodle mix named Cypress from El Paso Animal Services. Upon exam at our vet, it was discovered that Cypress was carrying 4-6 puppies and was too far along to be spayed. Going into labor on July 12, 2022, Cypress’ little Sprouts had a dramatic entrance to life, ultimately requiring an emergency c-section to deliver 4 healthy puppies. Leyland, Yew, Baker & Gowan, named after types of Cypress trees, will be ready for adoption once they are 12 weeks old on Oct. 4th, along with their mama. The entire Cypress Grove were together in a foster home taking them through Puppy Culture until the litter was 8 weeks old, when they were moved to another foster home all together for the remaining 4 weeks.

Dogs: In foster with other dogs (siblings as well as resident dogs)

In a Nutshell: Second one out — number two is Yew — this fluffy buddy is the biggest and the chillest Sprout, born a few hours after big sis Leyland with the least drama or excitement of them all. Mama Cypress pushed for an appropriate number of hours between Leyland and Yew to procure Yew being safely earth side, and he came out without much muss or fuss. That vibe has more or less stayed true his entire life, being a combination of mellow and curious; playful and lazy. Being the bowling ball goofiest and clumsiest of the Sprouts because nothing fazes him, Yewie is most relaxed puppy we ever did meet loving tummy rubs, chewing on all different textures, and climbing in laps for cuddles. Yew seems to have an undercoat that will likely shed more than most poodle mix puppies.